A Coronation Street star sacked from the soap for "racially offensive" tweets has apologised for using "unacceptable" language about Indian people. 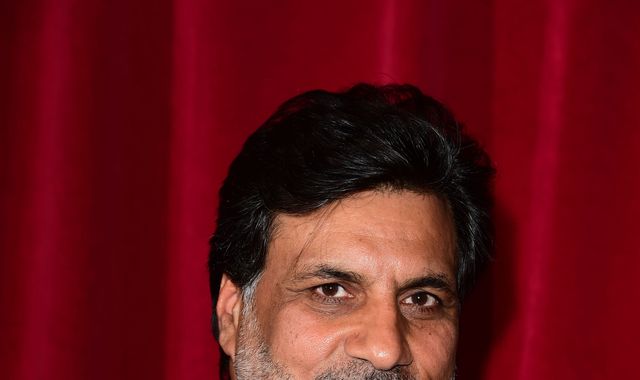 Marc Anwar, who plays Sharif Nazir in the show, was dismissed by ITV after the Sunday Mirror published screenshots from his account where he allegedly referred to Indian people as "b*******" and "p***-drinking c****".

In a video apology, the Pakistan-born actor said he had not intended to cause offence in his tweets about the disputed Kashmir region.

Greater Manchester Police has launched an investigation into Anwar’s comments after receiving a report of a hate crime.

Anwar explained: "I would like to offer my sincerest apologies to anyone that I may have offended with my tweets on Friday evening and especially people from India.

"On Friday evening I saw, on the news, children being pulled out of rubble, people being pelted with pellets, women mourning their dead in Kashmir.

"This upset me very deeply and in a moment of madness I ranted out. I vented my anger."

There are heightened tensions between India and Pakistan over the divided Himalayan territory following recent deadly attacks by militants.

Anwar’s tweets, posted on a protected account, were critical of India and also called on Pakistani actors to stop working in the country.

The actor joined the soap in February 2014 as a member of the first Muslim family on the cobbles, and his departure has been complicated by the fact he is currently embroiled in a major storyline.

Corrie bosses are reportedly preparing to minimise his appearances in upcoming episodes until his character can be written out permanently.

After the tweets surfaced over the weekend, an ITV spokeswoman said: "We are deeply shocked by the entirely unacceptable, racially offensive comments made on Twitter by Marc Anwar.

"We have talked to Marc and, as a consequence of his comments, he will not be returning to Coronation Street with immediate effect."

The 45-year-old has previously appeared in Hollywood films such as 51st State and Captain Phillips and also appeared in Emmerdale, another ITV soap, for six episodes in 2002.